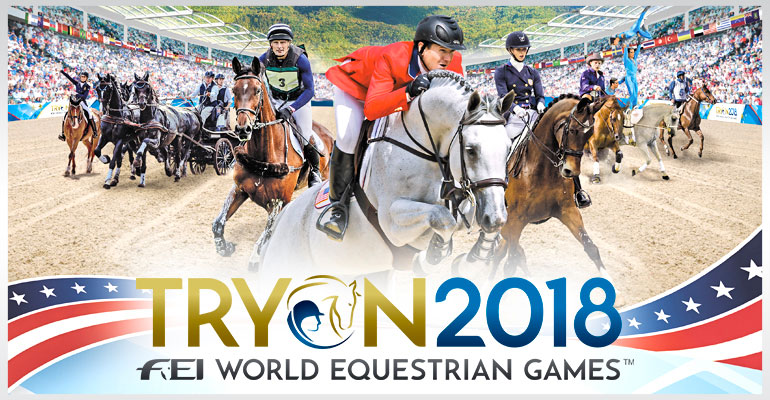 The FEI World Equestrian Games™ are held every four years in the middle of the Summer Olympic cycle. World champions will be crowned across eight disciplines, including the three Olympic events (Jumping, Dressage and Eventing). Rio bronze medalist Laura Graves is expected to headline the Americans in Dressage, while three-time Olympic medalist McLain Ward should highlight the Americans in Jumping.

To purchase tickets or for more information about the WEG, please visit www.Tryon2018.com.

There are no upcoming events at this time.

Post Your Texas Horse Show
& Clinic Events on our Calendar!

Stay in the Loop! Join our FREE Update Corral Club!

We do NOT sell our list. We hate spam as much as you do!

TELL THEM YOU SAW IT IN THE TEXAS HORSE DIRECTORY!

We are a local directory for equine businesses and organizations in Texas. We are your completed online local Texas resource guide with Free equine business listings, horseshow and event calendar, articles, equine news, horse care and riding tips, and resources for horse and rider.